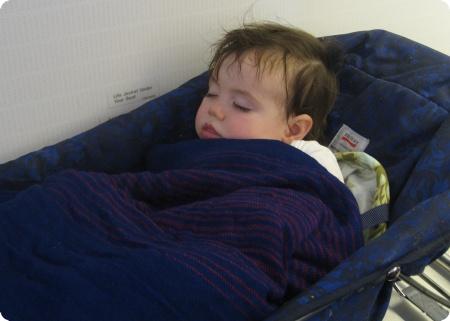 When I first read that BA supplied infant seats (for lap infants under age 2) made by Britax, I imagined something similar to our car seat. In reality, the seat, which attaches to a shelf in the bulkhead is a bit simpler but works great. This picture shows D (at 1 year old) sleeping comfortably on our flight from Madrid to Seattle. E slept comforably in a similar seat when he was about 16 months old.