After the flight itself, the idea of crossing time zones with a baby or toddler is one of the biggest worries for most parents. Before our first trip with our infant son I scoured my sleep books and the web looking for information about jet lag with infants and toddlers and found almost no useful information. Now that we’ve experienced it over and over, here is our Jet Lag Survival Guide for Parents: 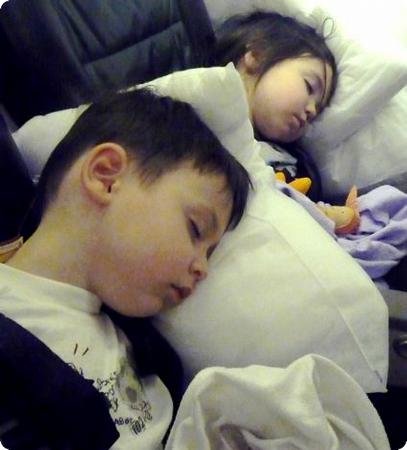 E and D sleeping on the flight home from LA