A few weeks ago I was invited to take part in a Mom Blogger's trip to San Juan, Puerto Rico with my two boys. Our host, the San Juan Marriott Resort & Stellaris Casino paid for the cost of our air tickets, hotel, activities, and most meals. It was a nice opportunity for me to spend time with just my boys, while my husband and Darya got some much needed 1:1 time. I was also looking forward to meeting some of the women whose online work I enjoy, Amber from Crazy Bloggin Canuck, Corinne of Have Baby Will Travel, and Colleen of TravelMamas. Our kids are all roughly the same age, and it was nice to know that Everest would have some built in playmates in San Juan.

I'm also secretly hoping that this the two boys, Everest and Eilan, will have a chance to bond a little on this trip. It's tough being the baby in a family where the two "big kids" are so close in age, and Eilan sometimes feels left out. To make matters worse, Everest has been on a "no babies" kick lately, and our doors are littered with signs telling Eilan to "keep out." I know this trip won't be a magic anecdote, but I hope that without his sister around, Everest might find a little something to appreciate about sweet Eilan. 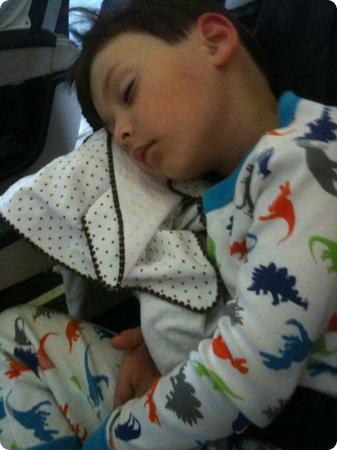 Everest sleeps soundly through not one, but TWO flights (YAY!!!!)

Everest has been bragging for weeks about our trip - some coveted time with his mom, an opportunity to splash in a pool, and a chance to see someplace new. Plus, there are always a slew of new travel toys secreted away in his backpack for the flight.

I'd be bragging too, but I'm always nervous about the flights - especially when I'm the only grown-up. To get to San Juan, we took a red-eye flight from Seattle with a change of planes in Philadelphia. From Philadelphia, the flight to San Juan was about 3 1/2 hours. The red-eye flight, departing Seattle at about 9pm (way after our normal bedtime worked like a dream. Both kids fell asleep during takeoff, and Eilan barely roused himself during the transfer in Philadelphia (about 3am Seattle time). Really, I'm almost embarrassed to tell you about it, because you'll think I'm painting a too-pretty picture of the grind that flying with kids can be. Poor Everest was exhausted during our transfer, but he desperately wanted to do some of the activities we brought along. 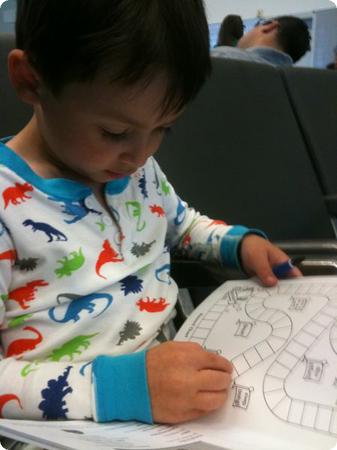 As far as Everest is concerned, it's never too early in the morning for Math - unfortunately he was just too tired to get very far in his workbook. We still come back to that moment when he won't go to sleep at night - "you don't want to be too tired to do math" I say, and (for now) he puts his head right down on his pillow.

Still, as tired as Everest must have been, he was bubbling over with excitement when we landed in San Juan. Thank heavens for small favors, because in the heat, two kids, a stroller, a carseat and our luggage, I would have had a difficult time getting anywhere without his full cooperation. 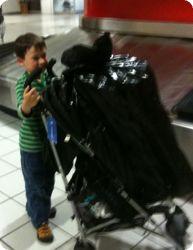 E helps with the baggage at San Juan airport

I always enjoy the ride from the airport into a new city. Gradually, the airport falls away, and the architecture, billboards, shops and vegetation begin to reveal themselves. Now that Everest is older, I can involve him in the game - look at the plants, what kind of weather do you think they get here? What are the building made of? Do people live in houses or apartments?

The ride to the San Juan Marriott Resort & Stellaris Casino was short, and we arrived excited and raring to go. Pouring rain, thunder and lighting kept us from jumping into the pool right away, so we used the morning to explore the resort, and perhaps more importantly, the Häagen-Dazs across the street. (Rainfall in Puerto Rico is lowest in January, February and March. During July, the average rainfall is about 5 inches). 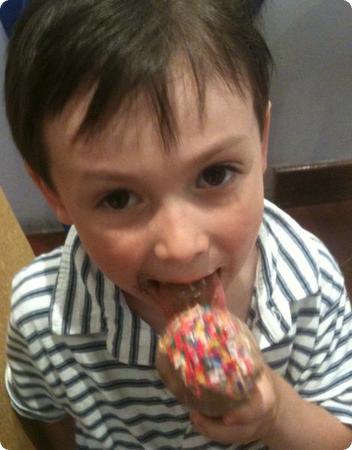 Häagen-Dazs Ice Cream with sprinkles. Guests of the San Juan Marriott get a discount when they show their room key.

In the evening, we met up with everyone for the first time, and enjoyed a sneak peek at the soon-to-be-renovated hotel restaurant's new menu. The La Vista Latin Grill will feature local specialties - albeit modernized. Just check out this ceviche. Puerto Rican style shrimp with Grand Marnier and coconut, that's a magical combination as far as I'm concerned. 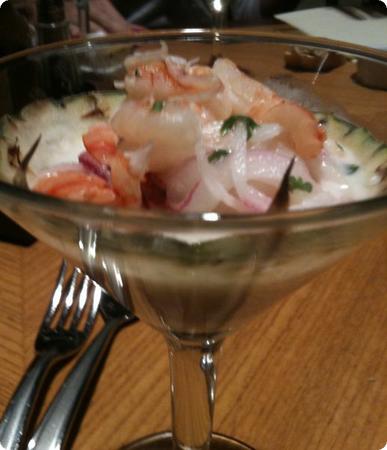 Ceviche at the San Juan Marriott in Puerto Rico

We all know that I'm no food writer, but I'd say that La Vista Latin Grill's new menu provides the sort of food that you're happy to have in your hotel. It's fresh, regionally inspired, and interesting. It's a safe bet on a night when you just don't want to venture out on the town to explore the local food scene.

Picky Everest wasn't impressed by a sampling of the hotel's new kids menu - but Eilan just devoured the sloppy joes, the bbq pork sliders, and the chicken cordon bleu while Everest feasted on a hot dog. (In a bun, ketchup only, and NO grill lines please. This is a kid who must just be aching to put in complicated coffee orders). 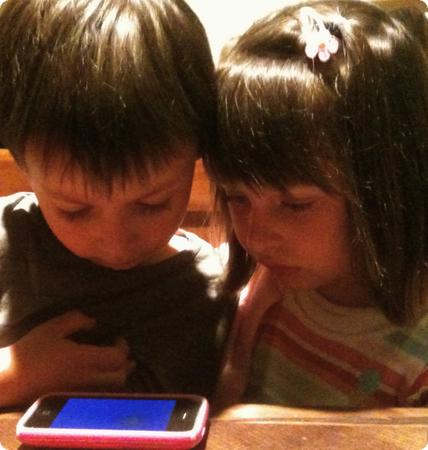 Everest and his new love cuddle up to watch a movie

They say the route to a young man's heart is through his stomach. That might be true, because during dinner, and all through the following days, Everest snagged every possible opportunity to cuddle up with his first young love, TravelMamas daughter. 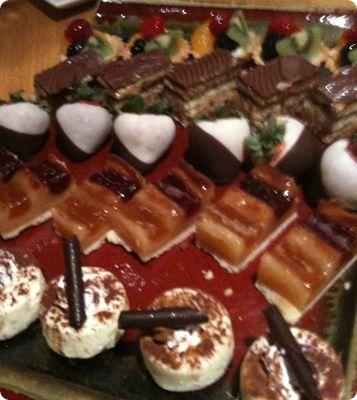 Until finally the dessert tray came, and it was every kid (and mom) for herself.

This was a long day, and a tiring one, but somehow a break from the routine at home gives me a recharge anyway.