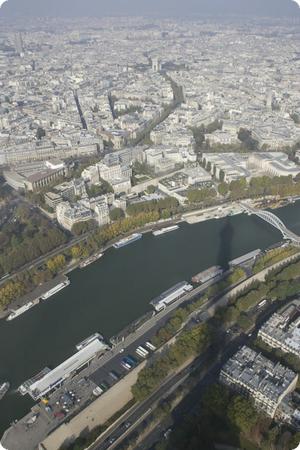 The Seine river as seen from the Eiffel Tower

Everest was too young to appreciate the view when we visited the Eiffel tower. These days though, the kids reliably love watching transportation move along a street when we're up high - so when I look a this picture, I imagine how much they would enjoy watching the boats chug along the Seine.


About Photo Friday:
You are invited to join us for Photo Friday! It's a great way to get to know other bloggers and to help them get to know you. Just post a "Photo Friday" picture on your own blog, and link directly to your post from the linky below (If your url is longer than 100 characters, you will need to use a url shortening service, like bit.ly)