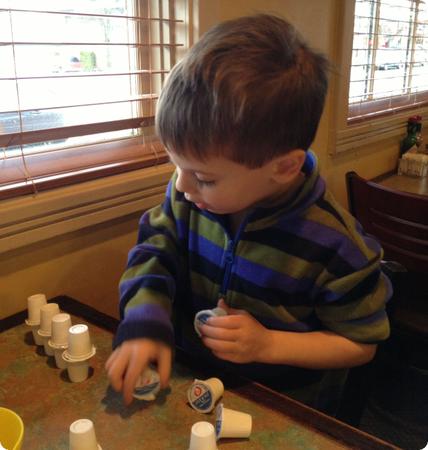 Eilan keeps busy in a restaurant

It's tempting to pull out an iphone while you're waiting for a meal to arrive, but I'm a big fan of finding ways to stay busy without one. Here's 3yo Eilan practicing his engineering skills with some creamer containers!

Related Links
Finding a Kid Friendly Restaurant that YOU will enjoy
Does Travel with Kids = the McDonalds World Tour?
Meals and Snacks on a Family Vacation


What is Photo Friday?