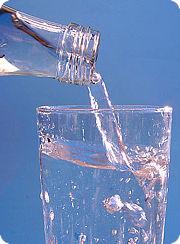 According to the Washington Post, The federal government is asking airlines to upgrade the quality of drinking water on planes after EPA tests found 15 percent of the aircraft they tested carried water that tested positive for coliform bacteria. Coliforms can signal the presence of dangerous bacteria like E. Coli.

While there is no proof that airline drinking water has made anyone sick, the EPA Cautions:

Passengers with suppressed immune systems or others concerned should request bottled or canned beverages while on the aircraft and refrain from drinking tea or coffee that does not use bottled water. While boiling water for one minute will remove pathogens from drinking water, the water used to prepare coffee and tea aboard a plane is not generally brought to a sufficiently high temperature to guarantee that pathogens are killed.

What does all this mean for parents traveling with babies, toddlers and small children? Babies and young children are more susceptible to bacteria like E. Coli than adults. Typical symptoms would include nausea, stomach cramps and diarrhea. Young children are also at greater risk than adults for developing severe symptoms like kidney failure (Mayo Clinic). Parents should take care to avoid using tap water on airplanes to fill or clean bottles and sippy cups.

Note that the new standards will impact only US based carriers, so even after they are fully instituted, parents with young children should continue to use caution.