Until a few weeks ago, when Dominique of Midwest Guest posted about the Oscar Mayer Wienermobile, I thought that hot dog cars only existed in Richard Scarry picture books

. Imagine my surprise when I saw one rolling down a busy Chicago street during BlogHer. 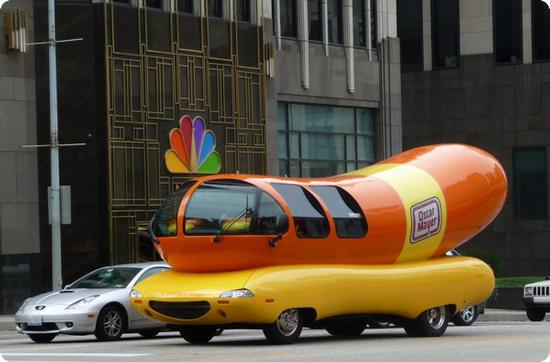