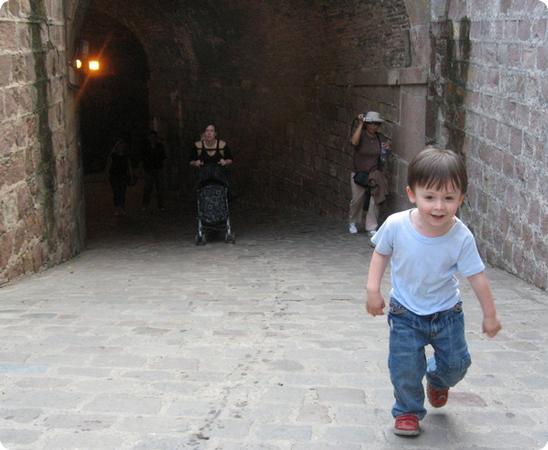 E hiking up the entrance ramp at Montjuic Castle in Barcelona

Castles and Palaces are mainstay attractions on any trip to Europe. What makes them great with kids? All those ramps and stairs! A good castle visit in the morning ensures a great nap in the stroller, during which we try to see a museum or enjoy a multi-course meal.