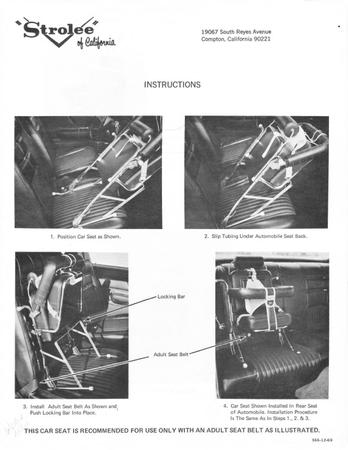 I've been helping my mom clean out her house, and I found this old instruction sheet from the carseat I sat in when I was a child. The seat's goal was more about lifting the child up to see out the window than about safety, though I'm sure that not having a toddler wriggle out of the lap belt was a real benefit! It's a reminder about how much things have changed in terms of keeping our kids safe when we head out on a road trip.