Earlier this week I posted some Early pictures from Aulani's Grand Opening. Now that we've had a little more time to explore, I wanted to post some more!

Eilan woke up bright and early every morning with cries of "Go Out, Go See." I've never seen him run through his days like he did at Aulani. For him, there was such a huge sense of discovery here - afterall, much of the resort is designed to be visually interesting even if you're under 3 feet tall! Here are some pictures of what we saw and did on our second day. Hope you enjoy them!

Eilan loved these little sandals, made of inlaid wood, at the entrance to Aulani's store 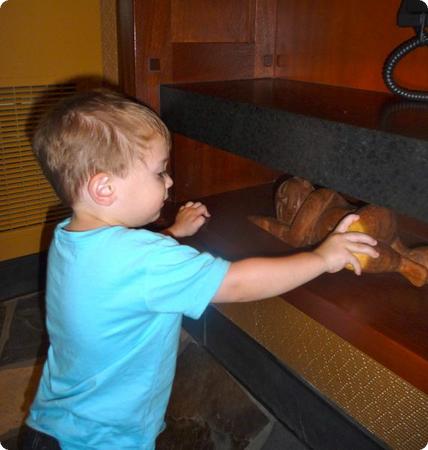 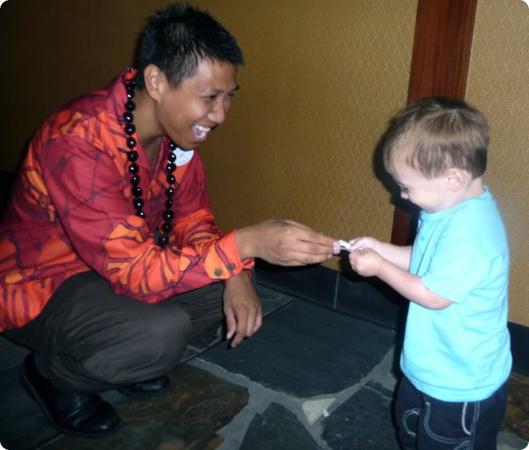 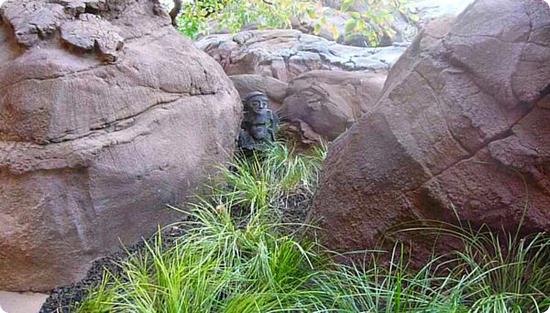 Menehune hiding in the landscaping at the Aulani Resort 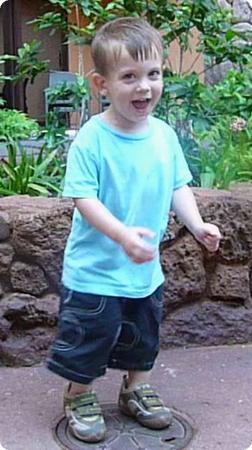 Eilan had a special fascination for the manhole covers - they're covered in stars and make a nice sound when you jump on them. 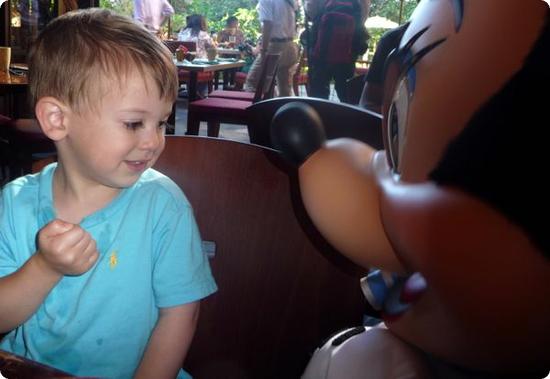 Eilan has a healthy fear of the water (being the third child of a sometimes distracted mom means you have to look out for yourself). So he warmed up to the Aulani pool gradually over the course of our day. 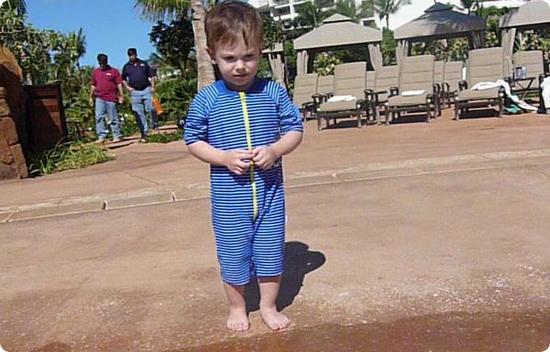 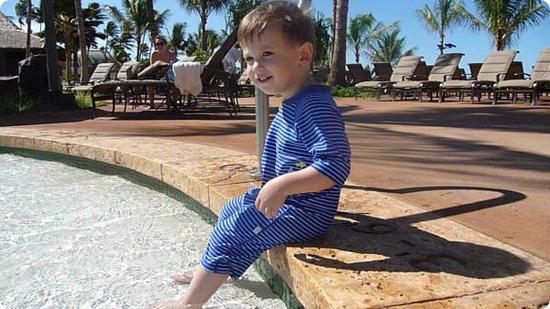 But eventually he decides the water is nice! 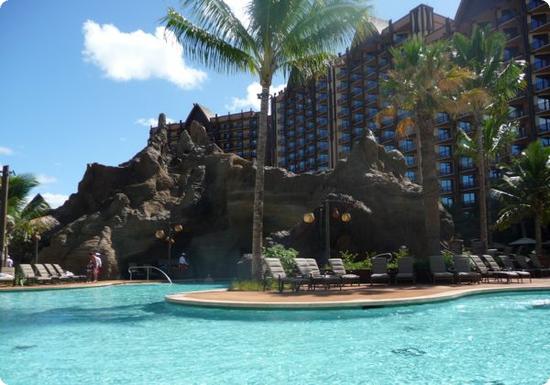 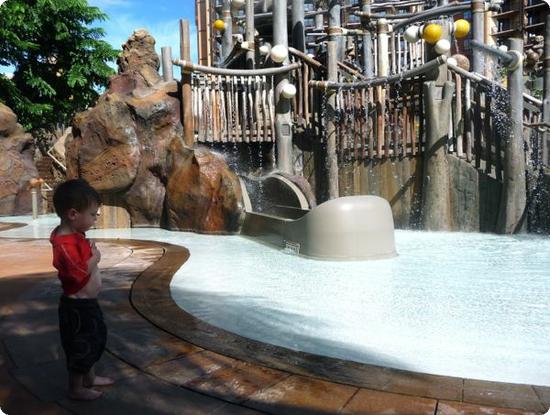 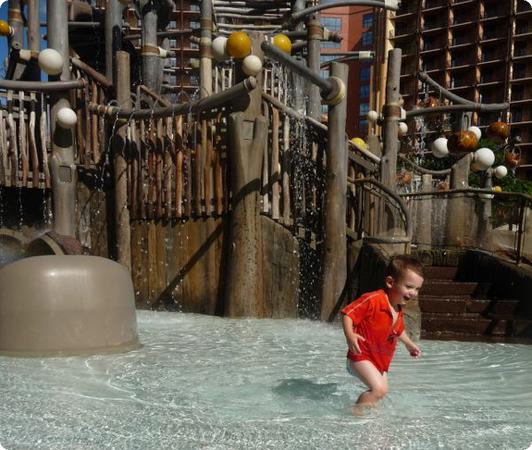 Finally, even Eilan knew he'd had enough time in the sun! 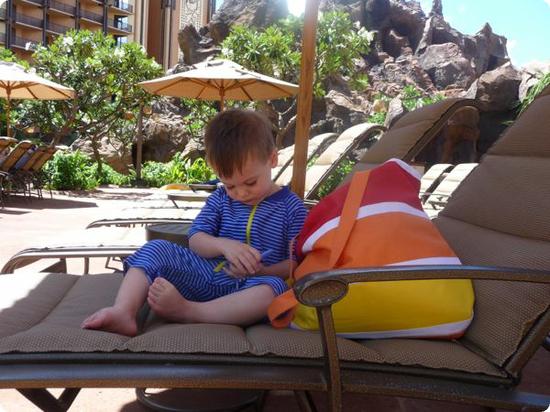 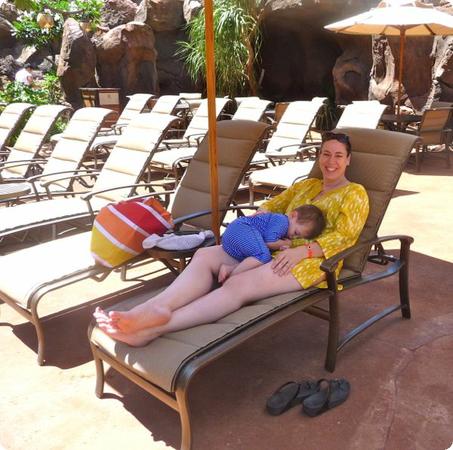 This seems like a nice place for a nap

What better way to spend the afternoon than checking out the Spa! I'll have a short video about Aulani's family offerings soon. 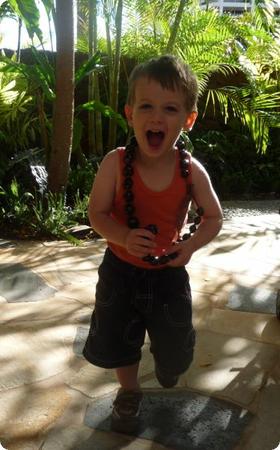 Eilan shows of his Kukui Nut Lei at Laniwai Spa 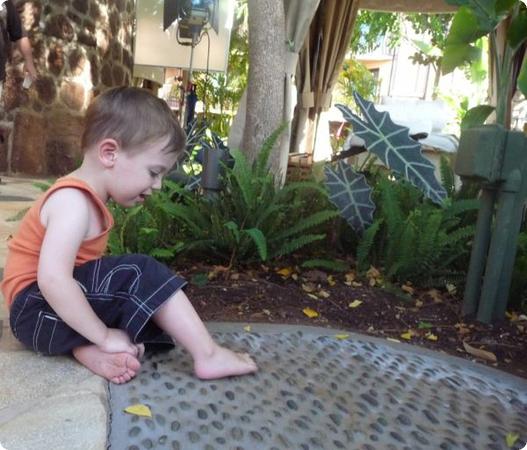 And before we knew it, the day was almost over 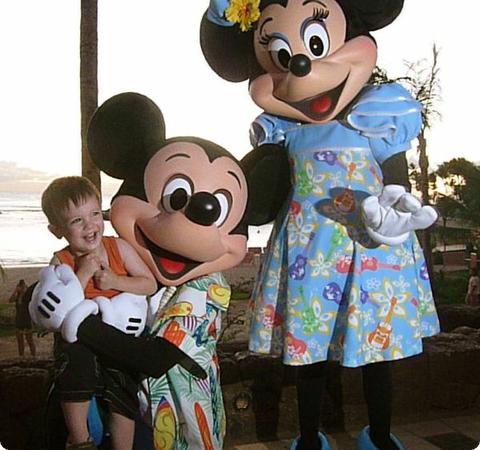 A little sunset cuddle with Mikey 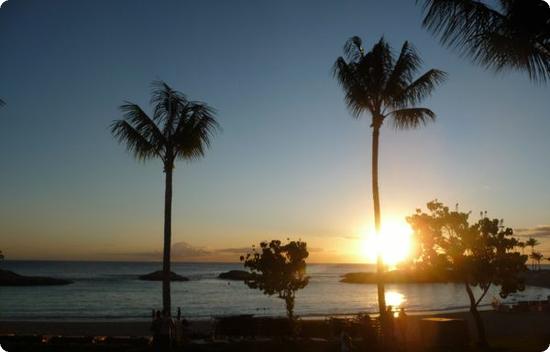 And before mom falls asleep watching the sunset, we're off to bed

Questions? Ask any questions you might have about Aulani in comments. I'll do my best to get answers while I'm here!


I was an invited guest on this trip, and Disney paid for most of my expenses, including our hotel stay, most meals, and my airfare. Disney did not request that I express any particular point of view, and my opinions are my own.