Answering Your Questions about Aulani Resort

I got more questions from readers and friends from this trip Disney's new Aulani Resort on Oahu than I have for any other trip. This is a new type of Disney experience, so it makes sense that we'd all be curious exactly how things work. Here are the most popular questions and answers. 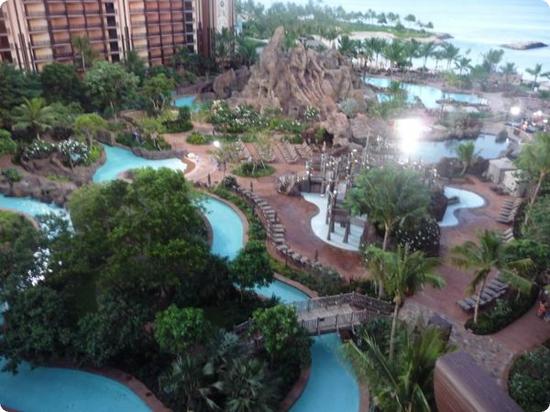 View from my room at the Aulani Resort

How much does it cost to stay at Aulani Resort
There's no doubt that a trip to Aulani resort is a real splurge. Rooms without a beach/water view begin at $400 per night for a standard room with two queen sized beds. Here's what typical expenses might look like for a family of four (with kids over age 3) staying four nights:


What didn't I include? Airfare. Taxes. Cabana or Beach Umbrella Rentals. Outside excursions or experiences. Drinks. Snacks. Tips. Souvenirs. 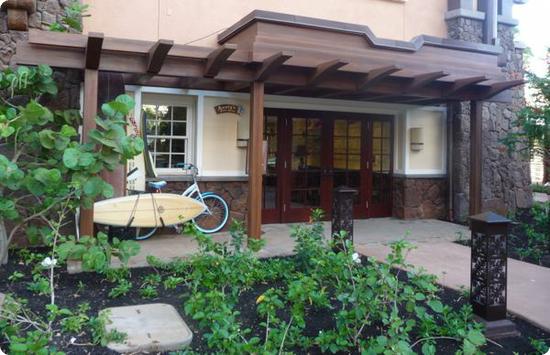 How Can I Save Money at Aulani Resort?

Here are more ideas for saving money on a Hawaiian Vacation 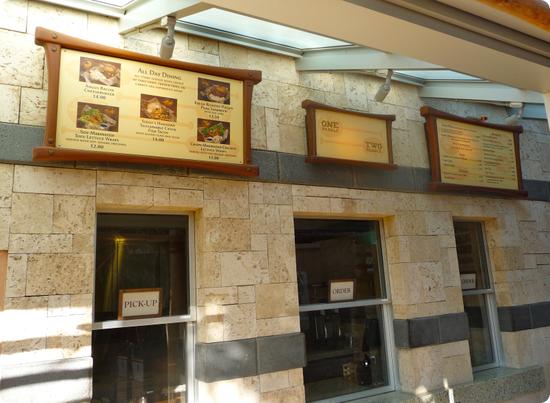 The takeaway window at One Paddle Two Paddle is a fast and reasonably priced alternative to a sit down meal. Kids meals are $6.95 and include a drink and side dish.

How can I get from Honolulu Airport (HNL) to Aulani
Aulani does not currently run a shuttle service from the airport to the Aulani Resort. A taxi from the airport to Aulani would typically be the most cost effective transportation for a family of four, and costs about $80

Can I visit Aulani Resort if I am not a Hotel Guest? Can I buy an Aulani Resort Day Pass or a pool day pass?
You can visit Aulani even if you are not a hotel guest. Parking can be validated for four hours or less when you spend $35 or more at the resort. As a non-guest, you won't be able to use the pools (hotel guests are required to wear a wristband to use the pool), nor will your kids be able to visit Auntie's Beach House (even for a fee). There is currently no option to buy a day pass that would give you access to Aulani's facilities without being a hotel guest.

Do Ko Olina Beach Club members get any special privileges or rates at Aulani Resort
Nope, but you can walk over or take the Ko Olia shuttle and enjoy the resort instead of paying the parking charge.

What Can I do at Aulani if I am not a resort guest
As a non guest, you'll be able to enjoy the resort grounds, including the beach. You can eat at any of the resort restaurants, and a Character Breakfast might be particularly fun. Be sure to pick up the "Daily Iwa" (Aulani's daily activities schedule and newsletter) at the reception desk to find out about "Disney Friends Meet and Greets," shows, and other free activities that are happening during your visit. If you will be visiting Aulani without kids, I'd strongly recommend scheduling a spa treatment as this is one of the loveliest spas I've ever seen. 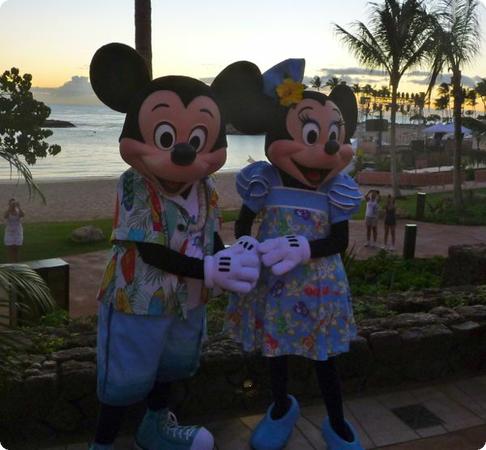 Character Meet & Greets are available to non hotel guests too

Is the Aulani Resort wild with color, characters, and sound effects like Disneyland and Disneyworld?
Aulani is a much more muted experience than the Disneyland Resorts and the company worked hard to bring Hawaiian elements to center stage, with the Disney characters taking a backseat. Still, this is Hawaii infused with the whimsey and sense of discovery that you're used to at the Disney Parks. 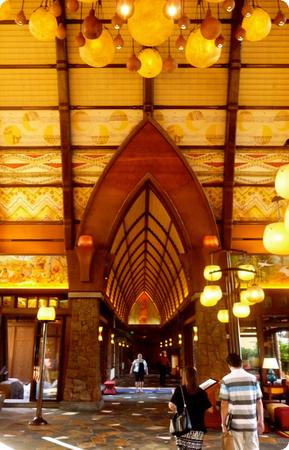 The Aulani lobby is filled with Hawaiian materials, folklore and symbolism - and there's not a Mickey Mouse in sight

Does Aulani have a Kids Club? Yes, "Auntie's Beach House is Aulani's Kids Club. Auntie's is available free of charge to resort guests at 3+ who are potty trained. Kids may stay for up to 12 hours per day, and the childcare closes at 11pm. Children under age 3 may visit Auntie's Beach House if a parent stays with them. At this writing, there is no childcare available for children under age 3, and parents may arrange to have an outside sitter provide in-room care.

What can adults do Aulani?
For me, a trip to Aulani would be for the purpose of enjoying it with my kids. That said, I talked with several adults who were staying at the resort without kids and enjoying it immensely. Here are a few of the activities that adults can enjoy at Aulani. 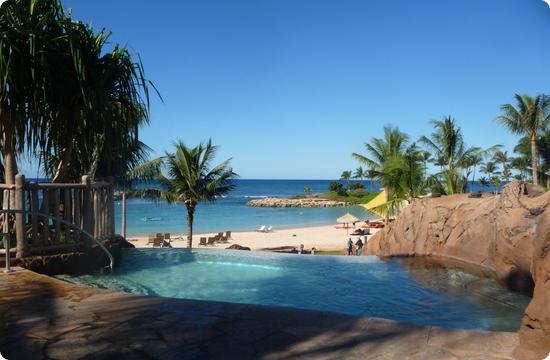 This jacuzzi, perched with a view of Aulani's lagoon is definitely a grown-up pleasure

Are there rides at Aulani?
Nope. Not unless you're planning to give someone a piggy back ride. 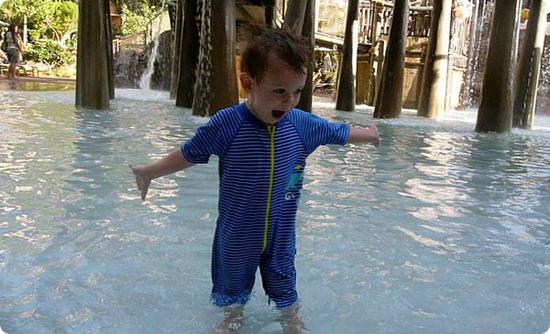 Loads of splashing, but no amusement park style rides at Aulani Resort

Was the Weather Warm?
Admittedly this question came from my Seattle questions. Over, and over and over. When you live somewhere that barely manages to get warm in summertime, it's hard to imagine that anyplace else is warm in fall. The temperature during our September stay was in the 80's. Just warm enough that you need to drink extra water, but not so warm as to keep you from being active. Here's a link to historical weather charts for Honolulu in general, temperatures rarely get much over 90 degrees, and nighttime temperatures are often above 70, but rarely below 60 degrees.

Does Aulani provide an "authentic" Hawaiian experience
This is a tricky question to answer. Aulani doesn't at all feel like a theme park transported to Hawaii, and the energy that Disney spent engaging local artists in the design and decor shows through in a big way. This is the only big Hawaiian resort I have stayed at where the Hawaiian influence runs deeper than the wallpaper, but still, it's not as if you'll have an unchoreographed locals experience here. 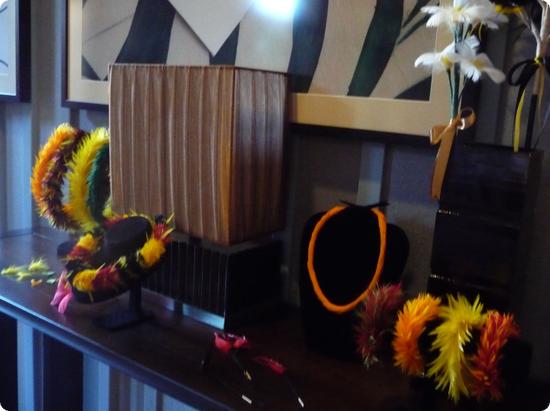 Display for a craft class at Aulani Resort on Oahu

Beyond the decor, I appreciated the effort that went into providing educational opportunities about Hawaiian history, folklore, and culture for both kids and adults. Hotel staff clearly take personal pride in explaining the stories behind the brilliantly colored murals in the hotel entrance and the Makahiki Restaurant. The resort's Pau Hana Room is dedicated to teaching Hawaiian Culture. I particularly liked the fact that many of the craft activities would scale well for whole families to do them together.

Is Aulani close to Honolulu
Aulani Resort is about 20 min from Honolulu airport, and about 30 minutes from Waikiki (though the drive can take as much as an hour with traffic). The relaxed North Shore, with it's famous surf towns and shave ice is about 30 minutes away. You'll also have access to the other parts of the Ko Olina resort, including Roy's restaurant, a small shopping center, and the Ko Olina Golf Course. That said, this is an area created for tourism and is a bit isolated from the areas that locals would normally frequent.

Is Aulani quiet
From our soundproofed room on the 9th floor, with the doors closed, we did not hear noise from the pool or our neighbors. Aulani isn't the sort of hotel where you would leave your door open to hear the sound of the surf at night, but if you're worried about hearing the type of noise that you might experience if you were sleeping above Disneyland, know that even the daytime sounds are muted and that things really quiet down after dark. There are no fireworks or other loud noises, and outdoor shows, like the Starlight Hui are situated away from hotel rooms.

Will my kids put up a fight if I try to make them leave the hotel and explore other parts of the island.

Probably. But you should do it anyway, Oahu is beyond lovely. 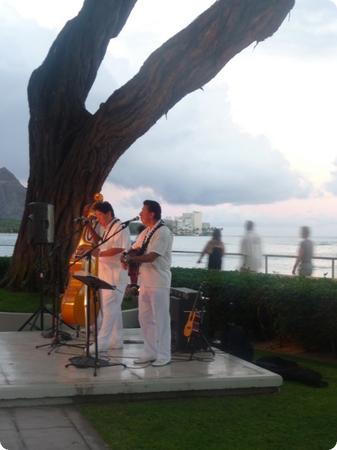 
I was an invited guest on this trip, and Disney paid for most of my expenses, including our hotel stay, most meals, and my airfare. Disney did not request that I express any particular point of view, and my opinions are my own.